Strong history of Jiujitsu in Hawaii

Hawaii Martial arts Center (HMC) has a long history of producing champions in Mixed Martial Arts and jiujitsu.  HMC Brazilian Jiujitsu head coach Leandro Nyza is a National Champion in Brazil and moved to Hawaii in the year 2000 to help amateur and professional athletes like Renato Verissimo, Scott Junk, Brandon Wolf, Bradly Tavarez and BJ Penn to prepare for their competitions in the MMA career.

Leandro Nyza is a 4th degree Nova União Black Belt with over 35 years of experience. He has a wealth of knowledge and his attention to detail that has created a generation of more than 20 black belt instructors in Hawaii.

a Brazilian Jiujitsu Culture Where Everyone is Welcome.

We accept are a friendly group that incorporates Brazilian Jiujitsu into our life. We welcome everyone from all walks of life into our program. We welcome all walks of life to the mat, whether you are a teenager, competetive jiujitsu player, or a professional. You will get expert level instruction, regardless of  your background. We all come to the same mat to make ourselves better. 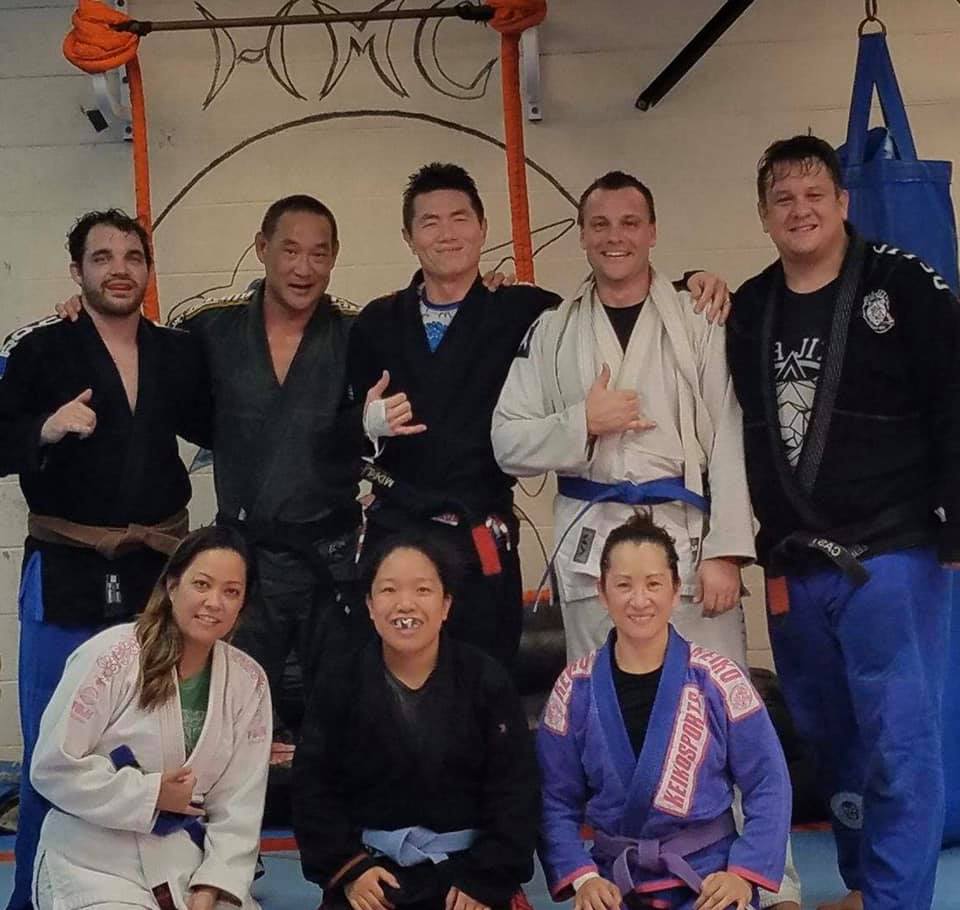 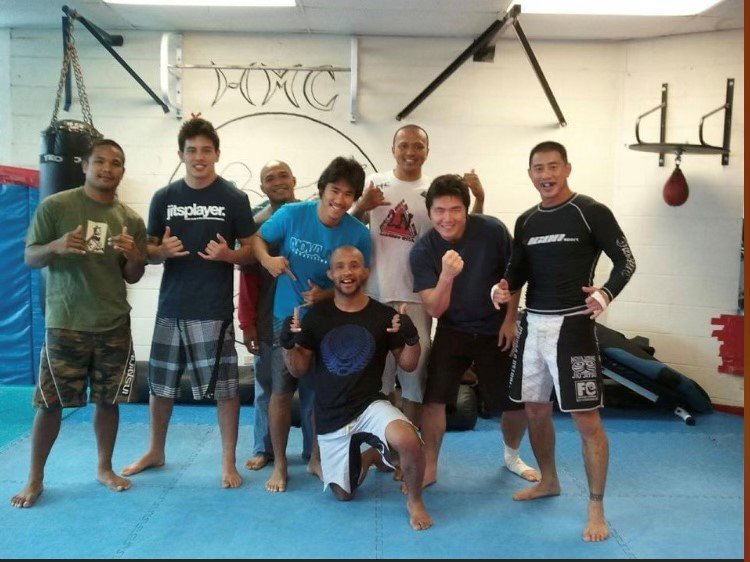 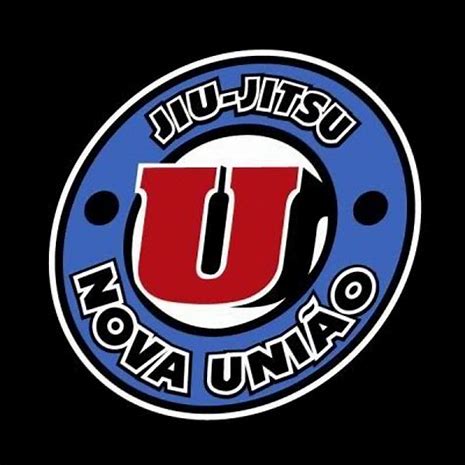 “I’ve been training with the Nova Uniao guys for nearly 10 years now. And specifically with Nyza the last few years. He’s a great coach. He’s like a jiu jitsu library. And will always answer your questions.

The team that trains at HMC is a great group of guys (and gals). They’re all really friendly and they’re a really good jiu jitsu team.”

RK
“I am currently visiting from the mainland and asked Jiu Jitsu Honolulu if I could train with them for the week (I am getting ready for my first tournament). Nyza was extremely welcoming. His instruction is very precise but he is incredibly patient with me, a newbie. Overall, practicing here has been an awesome experience and I am extremely grateful for the opportunity!”
Lauren

“I have been training here for almost 15 years and have been involved in martial arts for over 30 years. I’ve met countless martial artists, both students and instructors, and the people here at HMC are some the nicest I’ve come in contact with. But their niceness should not be mistaken for weakness, because they are tough! If you want martial arts training that is respectful, technical and challenging, drop by HMC Academy.” 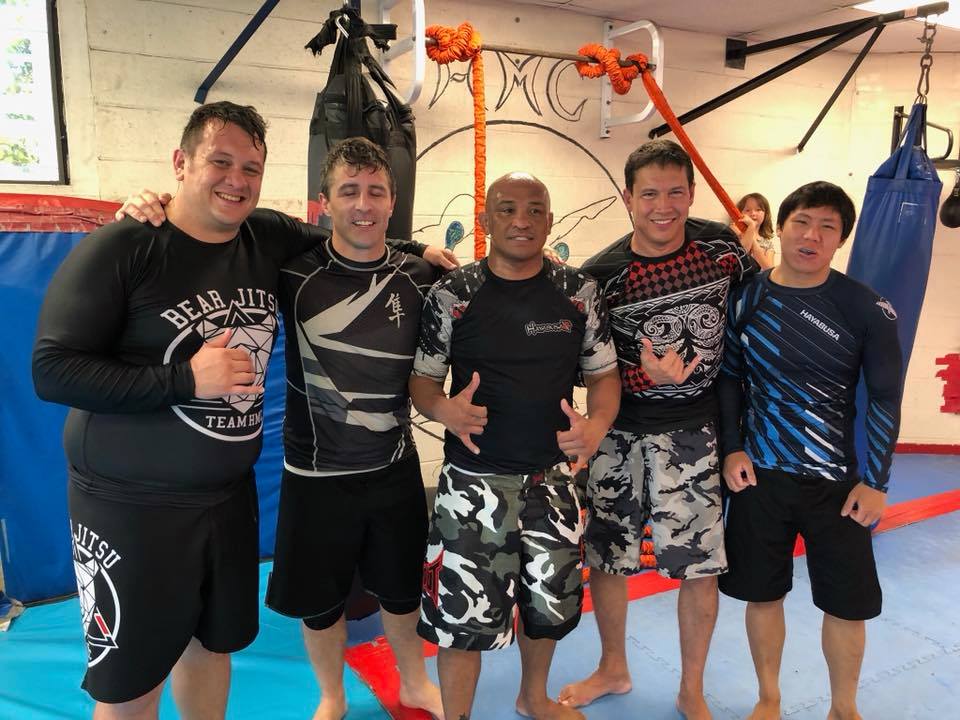 Brazilian Jiu Jitsu, or BJJ, is a self defense system that focuses on grappling or ground fighting.

The art was derived from the Japanese martial art of Kodokan Judo in the early 20th century.

It teaches that a smaller, and sometimes weaker, person can successfully defend against a bigger, stronger assailant by utilizing proper technique and leverage.

The most common ways to defeat a bigger opponent is through joint locks or chokeholds.

Mitsuyo Maeda began to travel the world in 1904 doing Judo demonstrations and challenging Boxers, wrestlers and other martial artists to fights.

In Brazil, in the northern state of Para, he befriended Gastão Gracie, an influential businessman, who helped Maeda get established. To show his gratitude, Maeda offered to teach Judo to Gastão’s oldest son, Carlos Gracie. Carlos learned for a few years and eventually passed his knowledge to his brothers.

One day, when Helio Gracie was 16 years old, a student showed up for class when Carlos was not around. Helio, who had memorized all the techniques from watching his brothers teach, offered to start the class. When the class was over, Carlos showed up and apologized for his delay. The student asked for Helio to continue being his instructor, Helio Gracie then gradually developed Gracie Jiu Jitsu as an adaptation from Judo as he was unable to do many Judo moves.

Brazilian Jiu Jitsu become one of the most famous forms of martial arts in 1994 when the Gracie Family started the Ultimate Fighting Championship.

What do I need to Train Jiujitsu?

2. A jiujitsu gi (or shirts/shorts for no-gi)

I have an injury or Medical Problem

Talk to your doctor about the risks you may incur by performing rigorous exercise. They will know best about what you can safely handle. Let your instructor know before class.

Do I need to be fit to attend?

We have people of  all levels of fitness attend our classes. It is our goal to help you improving your fitness level, no matter where you start.

Is there a chance that I might become Injured?

There is a chance of physical injury with any form of exercise. We are very careful and supervise all classes to see that the students are performing the techniques correctly and safely.

What are the benefits of Jiujitsu?

Get STarted
Email
Call us
Directions